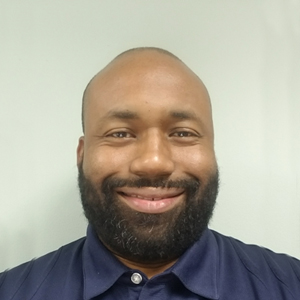 Toussaint Kirk started his career in Austin, Texas working for Ryland Homes, a national homebuilder. Mr. Kirk participated in Ryland’s management program that included, purchasing and estimating, land development/acquisition, homes sales and construction management. He relocated to Georgia in 2008 and began working for Abatech Services Inc., a light commercial and asbestos abatement contractor as their project manager and eventually began working for the City of Griffin as an Associate Planner in September 2010.

Toussaint worked briefly for the City of Fairburn, as their City Planner, before returning to the City of Griffin as the Director of Planning & Development Services in September 2014. Mr. Kirk has worked diligently to address slum and blight in his community and works in tandem with the Griffin Housing Authority and Penrose Developers to redevelop the former Meriwether Homes Public Housing.

Toussaint’s experience with the public and private sector has afforded him insight to both sides of the table and has helped him navigate the city’s efforts in addressing slum and blight through its nuisance abatement program, redevelopment and development initiatives and economic development opportunities. He is a graduate of Auburn University and later received his Masters in Urban and Regional Planning from Alabama A&M University.